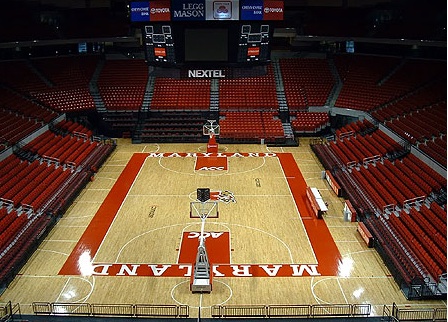 After much thought i present you with the 2013 All-Comcast-Center-All-Tournament-Team.

Stats play a huge role in deciding the teams, but watching the flow of the game and seeing how each player left their mark on the games this weekend were also huge.  All tournament team is solely decided on how players played in their game(s) at Comcast Center.  Regular season play and regional playoff play had no bearing.  Winning was the most important factor.  You wont find many players who didn’t win a state championship on the first team.  And you won’t find any players who didn’t win in the semi-finals on any of the three teams.


Tiwian Kendley (Eleanor Roosevelt) — Kendley was the leading scorer on his team by a wide margin in his two games at Comcast for 4A champions, Roosevelt.  He also scored more points then any other player on the 4A level.  Kendley averaged 8.5 rebounds, 2 steals, a block, and 1.5 assists.  He played great in both games and had several dunks that got the crowd going. He also committed only two personal fouls in the tournament despite playing tenacious defense.


Justin Jenifer (Milford Mill) Jenifer had a phenomenal showing at Comcast in just his sophomore season.  Jenifer averaged 18.5 points per game, 6 rebounds per game, 5 assists per game and a steal per game.  Jenifer shot 5-10 from three point land and 12-14 from the stripe.

Darius Walker (Edmondson)  The senior hit a buzzer beater to win the 2A state championship and hit the game winner in the semi-finals with 30 seconds left in double overtime. Walker averaged 17 points per game and in the championship game came away with 15 points, 8 rebounds, 6 assists, and 4 steals.

Kamau Stokes (Dunbar)  Stokes, a junior led Dunbar in scoring this weekend at 15 PPG.  In the Dunbar semi-final win he went for 17 points, 6 assists, and 4 rebounds, while making 3-5 downtown, and shooting better then 50% from the field.

Malachi Alexander (Eleanor Roosevelt)  Alexander didn’t score in double figures in either game but still deserved first team honors.  In the championship game Alexander grabbed 16 boards, scored 7 points, and had 2 assists despite playing only 22 minutes because of foul trouble.  In the semi-finals Alexander had 6 points, 8 boards, and 6 blocks.  All tournament long he anchored a defense that held two explosive offenses from going off.

Justin Witmer (Magruder) Witmer, a 16 year old senior who will be graduating with many classmates who are 2 years older then him had a tremendous tournament for the Colonels.  More of a perimeter player in years past he has been forced down to the block where he bangs with the bigs on a nightly basis now.  Witmer led Magruder in scoring and rebounding this weekend at 14.5 PPG.  and 8.5 RPG.

Bruce Watkins (Milford Mill)  Watkins averaged 16.5 points per game, 4 rebounds a game, and 3.5 steals per game.  He also knocked down 4-7 triples in his 2 games.

Daxter Miles (Dunbar)  Miles, the team captain and leader had a strong showing at Comcast.  Miles averaged 10.5 PPG, 7 rebounds per game, and 2.5 assists per game.  He may have also had the dunk of the weekend.

JJ Epps (Magruder)  JJ Epps had a very solid showing in this years tournament after his incredible performances in last year’s tournament that made believers out of many DMV hoops fans.  Epps scored 14 points in each game this year.  In the championship he finished with 14 points, 8 assists, 4 rebounds, and 3 steals all while shooting 50% from the field and leading his team in minutes.

Randall Broddie (Potomac) Only a freshman Broddie was the second highest scorer in the entire tournament at 19 PPG.  He averaged 5 boards a game, 2 assists and 2 steals a game.  He knocked down 12-16 free throws.

Justin Brown (New Town)  Justin Brown scored more points then any player in the tournament, 41 while shooting 62.5% from the field.  Brown also averaged 11.5 rebounds, and 3.5 steals while playing in 62 of the 64 minutes his team played in this weekend.

Emmanual Matey (Eleanor Roosevelt)  Matey drew the assignment of guarding Marquis Wright of North Point and JJ Epps of Magruder.  The south paw played 63 of the 64 minutes his team played over the weekend and led his team to a 4A championship.  He averaged 6 points, 4.5 assists, 2.5 steals, and 2.5 rebounds. He shot better then 50% from the field as well.

Nick Grifin (Magruder)  Griffin, who led Magruder to a state championship in 2012 averaged 11.5 points per game this go-around.  Defenses were keyed in om him all weekend and Griffin always made the extra pass, never forcing anything.  The 2-guard averaged 7 boards a game and despite not scoring in the first half of the championship he still went on to shoot 45.5% from the field while almost all of his looks came from the perimeter.

Allen Costley (Milford Mill)  Costley averaged 14 points per game, 7 rebounds per game, and shot an astounding 78.6% from the field.

Myrek-Lee Fowlkes (Edmondson)  Fowlkes may be the first player ever to compete for state titles on the 2A, 3A, and 4A level, all in successive years.  The former Patterson Clipper won his second championship in as many years.  Fowlkes averaged 13 points a game and was one of the better defenders on display this weekend.

Dion Wiley (Potomac) Wiley, a junior may be the most decorated player in this tournament, as he holds double-digit scholarship offers from some of the best schools in the country.  Wiley averaged 17.5 points, and collected 6 steals in his semi-final win.

Defensive Player of the Tournament


Malachi Alexander (Eleanor Roosevelt)  Alexander anchored a Roosevelt defense that gave up only 58 points to a North Point team who was averaging 94 points per game on the season.  He blocked 6 shots in that game and came away with a championship high 16 rebounds in the 4A chip.